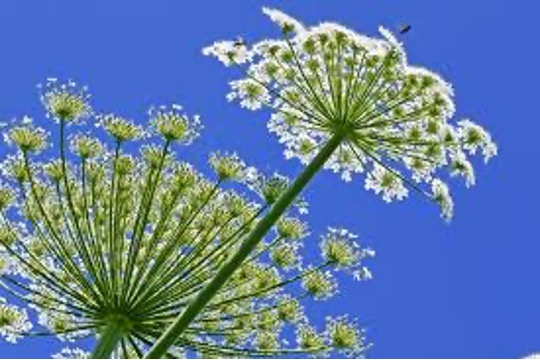 Giant Hogweed (Heracleum Mantegazzianum), is typically found near canals and rivers but can be found all over the UK.  It is an invasive plant that is a risk to public health due to the sap causing severe burns and blisters, photosensitivity and even blindness to humans and animals.

A fully grown Giant Hogweed can grow up to five metres tall and spread out by one to two metres.  The plant’s stems are green with purple blotches and white hairs, with a thick circle of hair at the base of each stalk.  Leaves are large and can grow between 1.5 and three metres long, they are divided into smaller leaves that resemble those of the rhubarb plant, with a hairy underside.  The flowers typically appear in June and July, and look like small clusters of upward-facing white flowers.  Seeds are roughly one centimetre long, dry and have a flattened, oval shape. 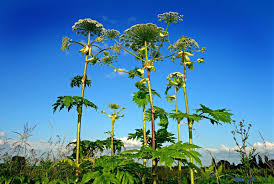 If you spot Giant Hogweed, it can be reported here  https://whatshed.co.uk/giant-hogweed-map/

« SAFE DIGGING – DID YOU SPOT ME ON ITV WEST COUNTRY?
Inside Devon Podcast »