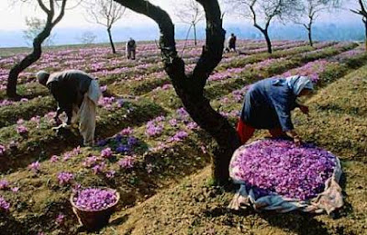 CROCUS: is in the Family of IRIDACEACE (meaning the Iris family)

A genus of about 80 species of corn forming.

Gr,krokos. Saffron, derived from Semitic karkom, and one of the most ancient plant names. The genus includes both the common and the Saffron Crocus. The Saffron Crocus, C. Sativus, is Autumn flowering, widely grown in the Mediterranean region, and in the north and east as far as western China countries and elsewhere for its stigmas and parts of styles which are dried and graded to produce a yellow dye and spice used in cooking.  Saffron is classed as a herb and has been prized as a flavouring and colourant for 4000 years. It takes forty hours of labour to pick 150,000 flowers – that it is why Saffron is the most expensive spice.

Almost every species is ornamental, and many are grown as garden plants in this country in the spring time.   They are also grown for specimens for Alpine Houses (RHS Wisley) for their bright yellow to purple and very pale pink hues plus whites and creams in naturalizing areas planted under trees adding a pleasing flowering carpet display. There are also a few varieties that grow in the Autumn, Winter Crocus medius and  Winter flowering Crocus nudiflorus,  commonly known as the Autumn Crocus. 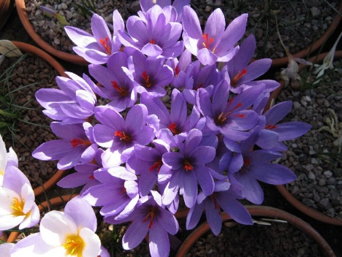 Harvest – flowers should be picked when open and the styles removed before drying. Saffron does not store well and should be used within a year 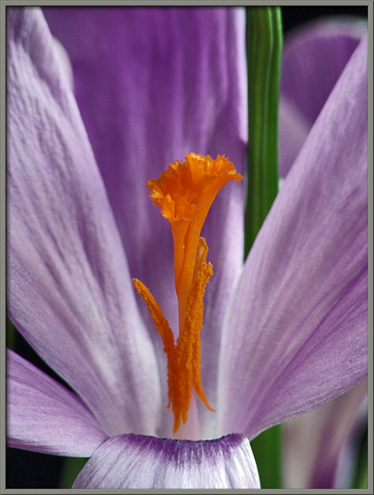