The small things in life 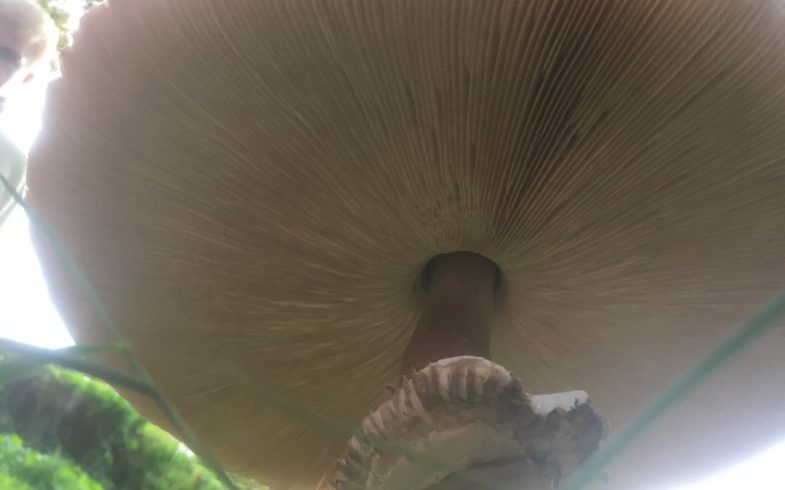 The small things in life

When I am travelling around, each day is very different.  I come into contact with some wonderful wildlife, flora and fauna and sometimes photos don’t do them justice and fail to show the true beauty of things.  The trouble with modern living, we are so busy rushing around and we don’t give ourselves chance to look at the simple things in life, we pass trees without taking notice of the texture of the bark, berries/fruits, and fungi at the foot of trees.

We have different varieties of fungi due to the decaying matter which is produced by leaf fall, creating mulch, which in turn gives nutrients to the ground that then produce a production know as Mycelium.  Mycelium is the vegetative part of a fungus or fungus-like bacterial colony, consisting of a mass of branching, thread-like hyphae. The mass of hyphae is sometimes called shiro, especially within the fairy ring fungi. Fungal colonies composed of mycelium are found in and on soil and many other substrates.  At this time of the year we have many strange and curious and beautiful fungi, I often wonder where is the Devon Pixie!  I have had an encounter this week of a particular fungi that I have never come across before, it is wonderful to see these specticals of mother nature as it makes you appreciate the small things in life and makes you wonder how it got there.  I came across a fungus called a Macrolepiota procera, the parasol mushroom, is a basidiomycete fungus with a large, prominent fruiting body resembling a parasol. It is a fairly common species on well-drained soils. It is found solitary or in groups and fairy rings in pastures and occasionally in woodland. 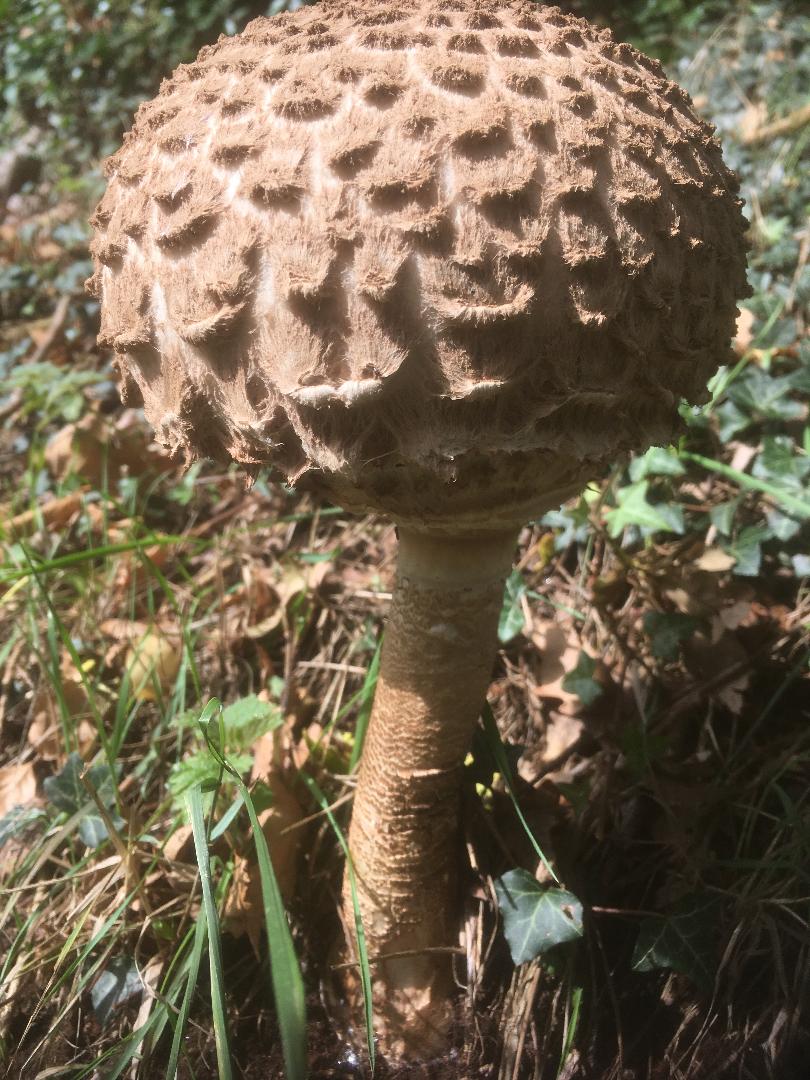 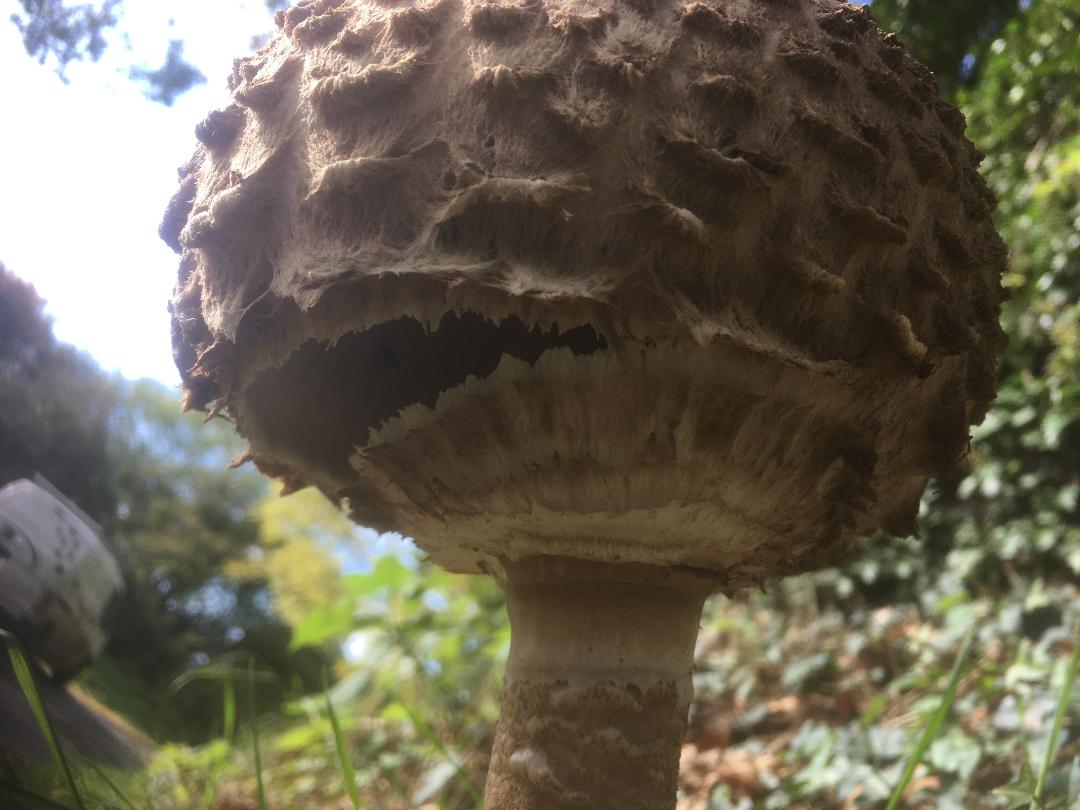 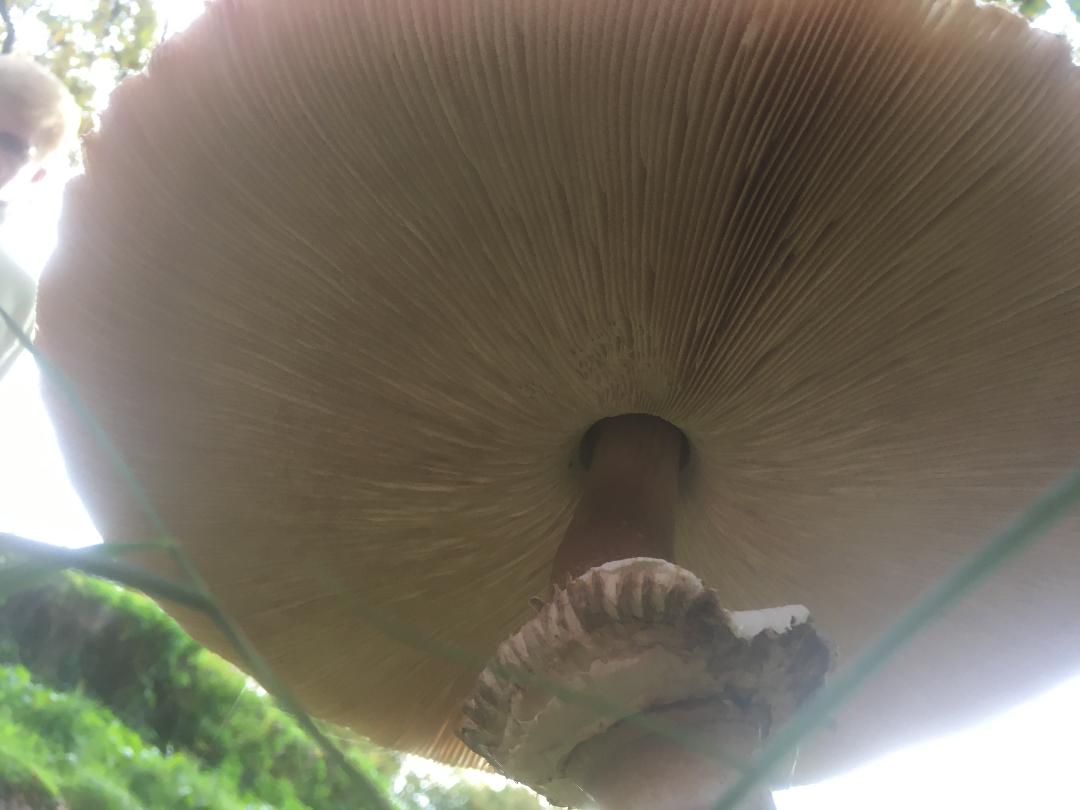 I also, recently, encounted an old beehive, I got chatting to the Beekeeper that had come to inspect the chambers as the client was, to their regret, no longer able to keep the beehives due to ill health.  I have never seen such a spectacular sight.  It always amazes me how bees carry out their day to day lives and how they all work together as one big club with no disagreements, it is all in a controlled way to produce nectar for them to be able to survive, at the same time they are important for us human beings as they pollenate our flowers and fruits, without this we would have no food and life would be very dull without our vegetation.  Bees travel approximately 3 miles a day, a worker bee’s life is about 3 weeks – its a tough life.  Looking at the photograph below, the networks of little drones that they build to hold the nectar are a work of art.  I have never seen anything so beautiful and clever.  The photo, unfortunately, does not do it justice. 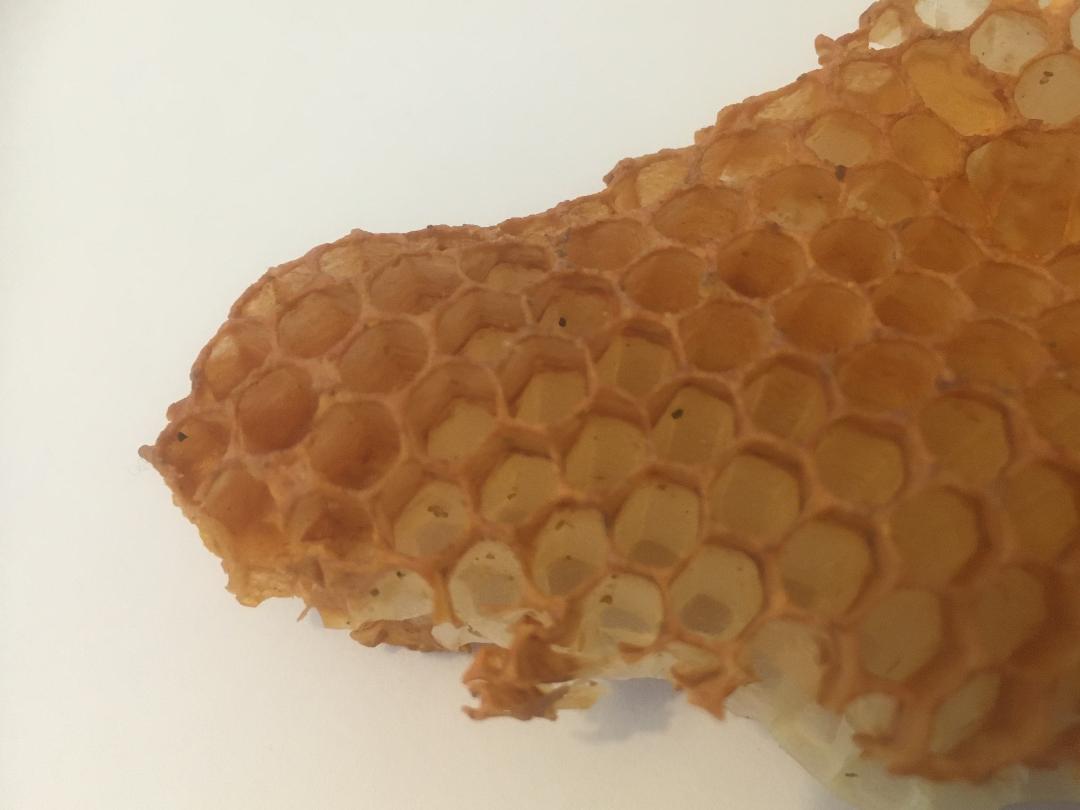